Who We Are
Menu 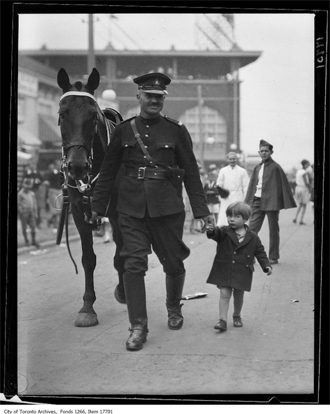 The TPA was incorporated as a non-profit organization on December 3, 1956. Throughout our existence, the TPA’s fundamental purpose has been to “protect those who protect others” and to promote the interests of our membership.

The Association’s objectives are to:

While collective bargaining and labour contract administration are a priority for the Association, an equally important role for the Association is to promote a healthy and safe work environment for all members. The TPA also advocates at all levels of government to ensure the voice of the membership is heard in public policy debate on policing issues.

The history of the TPA stretches back to the fall of 1918. In September of that year the Toronto Police Union was chartered by the Trades and Labour Congress. Facing low wages and seriously substandard working conditions, the then members of the Toronto Police Force saw unionization as a means of improving their workplace and gaining respect from the employer. An indication of the labour relations climate of the day is provided by the Police Commission’s response. The Union was swiftly denounced and the Commission refused to recognize its existence. The Union’s Secretary, Gordon Ellis, was summarily fired for allegedly failing to properly perform his duties as a police officer. The Police Commissioner, Magistrate Colonel Dennison, stated as follows:

“We cannot afford to have our Police Force influenced by outside organizations and we are not going to. The oath they took hardly permits this. I could understand this agitation if the men had any grievances” 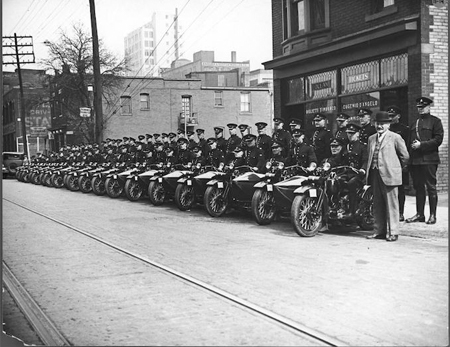 Dennison refused to accept the officers’ position that they were entitled to belong to a trade union, which, at that time, was not prohibited by law. He also refused to recognize their objections to harsh working conditions, dismissing these complaints by saying that the officers were simply victims of “the recent Bolshevik literature which flooded the City”.

Not content to ease up on its campaign of resistance, the Commission fired a further twelve officers a short time later. All held executive positions with the Union. Union members were outraged and on December 18, 1918, the Toronto Daily Star reported that the Toronto Police Force would go out on strike at 6:45 a.m. on December 18th, and remains so until such time as the twelve officers were: reinstated to their former positions, the Union was given recognition and that Constable Gordon Ellis was granted a re-hearing.

Sixty seven per cent of officers (335 out of a total of 500) heeded the call to strike action and remained on strike for four days. The matter was settled on the basis of four promises being made to the officers:

A Royal Commission would be established to examine the appropriateness of officers belonging to a trade union.

The Toronto Police Association (“TPA”) was officially incorporated as a non-profit organization on December 3, 1956. The TPA is the sole, official member association representing the civilian and uniform members of the Toronto Police Service. The TPA is not affiliated with, nor in any way associated with, the Toronto Fraternal Order of Police (TFOP). TFOP is not an accredited professional police association and does not represent our members. The views, opinions and thoughts expressed in TFOP communications belong solely to TFOP and are not endorsed or recognized by the TPA.